While looking through the Playwright’s Center Member directory, I came across the profile of Oya Mae Davis,  a Black  Cubana playwright from Minneapolis, MN. She is a current Augsburg college student majoring in sociology with a focus on playwriting. Her play Waiting for Superman focuses on. Davis fuses Afro Cuban spiritual traditions into her plays and uses her art to reach incarcerated youth in the community.  She is a currently  participating in the Many Voices Mentorship program with the Playwright’s Center.  #Teatrolatinegro connected with her to talk about her identity, why she writes and her play Waiting for Superman.

What identities do you carry with you?

The identities that I carry with me are Black and Cubana.

How do you incorporate Afrolatinidad into your work?

Tell us about your play Waiting for superman.
Waiting for superman is a play about four brothers, Antonio, Jaquan, Deshawn, and Kendrick. It takes place at a bus stop. Kendrick believes they are waiting for their father, a man that they have never met but really they are waiting for Kendrick to die. Kendrick has been infected with a disease that only affects black people. It is a metaphor for Police brutality, racial caste systems and American’s treatment of black bodies.
When did you begin writing?
I started writing at a very young age and always had a story in my heart. I really started writing in 6th grade but then stopped and started boxing. After I was diagnosed with MS at the age of 19 I had to give up boxing. When trying to figure out what I wanted to do/ be  someone told me I should be whatever I wanted to be when I was younger. When I was younger, I wanted to be a writer. I did not decide I wanted to be a playwright until I met my partner who is an actor. After I wrote my first play Waiting For Superman, I fell in love with the craft and decided I want to spend my life writing and inspiring  others to write plays.
You want to use your experience to help black youth in prison.  Tell us more about how and why you plan to do that.
I study sociology at Augsburg so I am aware of the disparities faced by African Americans. There have been three racial caste systems set up in America and the most recent is mass incarceration. What I hope to do is to go into juvenile  centers and use playwriting and Acting to inspire youth in prison to explore their creative side. I feel that playwriting has saved my life and has put me on a better path. I hope to influence others in the same way I was influenced.
How has the Playwright’s Center Mentorship influenced your play writing career?
My plan A in life was to be a pro-boxer, everything I am doing now I consider my perfect plan B. Getting the mentorship helped me to believe that my change in career was for the better.  My dream of being a professional playwright was closer than I could ever imagine. It also helped me to connect with people and give me resources to finish my play Waiting For Superman. 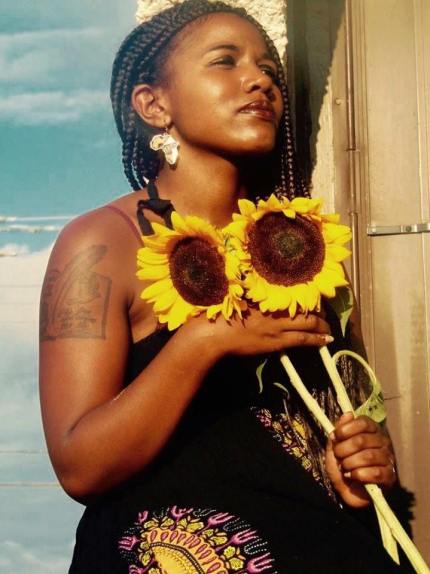 How has the Playwright’s Center Mentorship influenced your play writing career?
Never stop writing, and your voice is needed. I feel like a lot of the work being put out there is written by Authors of European ancestry and I think it is important for young people of color to understand how important their voices are now more than ever, especially because of Trump’s election. It is more easy to see that our voices and our lives do not matter.
What are you currently working on?
Currently, I am working on a number of plays one is called King Street Sinners. King Street Sinners is a play about seven characters who use the seven deadly sins to deal with past sexual assaults and rapes. This play is inspired by Santeria traditions and the rhythms of North Minneapolis. As a survivor of rape and sexual assault, I feel that these are stories that need to be told from a Afro-Latino perspective and other perspectives of color.  Our voices are often left out in conversations surrounding sexual trauma.
Thank you Drewcella Davis for sharing your story with #Teatrolatinegro.
For more information on Drewcella Davis
Playwright’s Center
Apply for the Playwrights Center opportunities for professional growth here.
Pa’lante
❤ #Teatrolatinegro